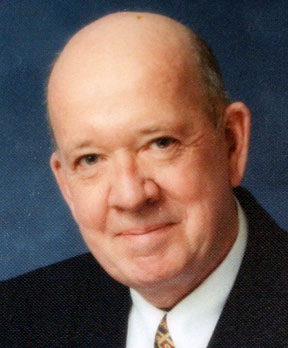 Robert (Bob) Cassens was born in Morrison, Illinois in 1937 and grew up on a livestock farm
near Dixon. He graduated from the University of Illinois in Animal Science and then completed
the M.S. and PhD degrees at the University of Wisconsin-Madison, majoring in muscle biology
and biochemistry. In 1963 he was awarded a Fulbright Scholarship to spend a research post
doctorate at C.S.I.R.O. at North Ryde, Australia and then returned to the Muscle Biology
Laboratory at the University of Wisconsin to spend his entire professional career as a Professor
of Meat and Animal Science. He retired in 1998 but has continued serving the meat industry
through his associations with various professional organizations.

Bob is one of the most well trained muscle biologists in the world and has attained an
international reputation for the depth and importance of his research efforts. He has been an
extremely competent scholar, teacher and researcher, and a prolific writer. Through his efforts in
training a large number of graduate students and post doctorates attending Wisconsin, he has
amassed more than 300 scientific journal publications, has organized three international muscle
biology symposia at Wisconsin, edited 3 proceedings, and written 2 books, one of which serves
today as a classic and model for the understanding of the use of nitrites in meat processing. In
addition to his productive research program, Cassens successfully organized and taught a
histochemical techniques course and pioneered the development of a meat processing course for
undergraduate and graduate students. Beyond this, he has assisted with various meats extension
activities and has served the professional organizations he has been a member of in
administrative and organizational capacities. His devotion to the Institute of Food Technology,
the American Meat Science Association, the American Society of Animal Science and the
International Congress of Meat Science and Technology has been unparalleled by few in the
world. He has received every research award provided by his peers and he has been specially
recognized by all of these professional organizations.

Cassens as a meat scientist has provided sound education concerning the conversion of live
animals to meat for thousands of citizens of Wisconsin who have pursued Food Science, Animal
Science and other biology degrees at the University of Wisconsin. His research efforts have
directly benefited small and large meat processors throughout Wisconsin, and several of his
students have become leaders of Wisconsin’s meat industry. His interests in better
understanding the PSE problems of pork muscle and the malignant hyperthermia condition
associated with live pigs have been transformed into practical understandings of how hog
producers can improve the lean quality of the pigs they raise. In the 1970’s when the safety of
meat curing ingredient, sodium nitrite, was being questioned, he led research in understanding
the reactions of nitrite in meat, contributing to eventual acceptance of its safety.

Perhaps his most important contribution to Wisconsin’s meat industry is the dedication he has
made to the development of the Meat Science and Muscle Biology program at UW-Madison.
Through the efforts of he and his colleagues, the Wisconsin program has become a model for
many other programs throughout the world. If it had not been for Bob Cassens, the Muscle
Biology program at the University of Wisconsin could not have claimed the international
reputation it has had and still possesses. He led research resulting in information that has
significantly improved the quality, quantity and wholesomeness of the meat we eat. This
influence has extended throughout the meat industry of Wisconsin, of the United States and of
the world. We all can be extremely pleased and proud of the legacy which Bob has left.

Bob and his wife Dessa have two children, Martin and Martha.