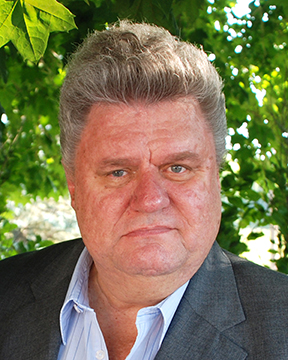 Wisconsin is the home to many outstanding small to medium-sized independent and family- owned specialty meat processors. Few have earned fame and recognition on the national and international stage that compare with Nueske’s Applewood Smoked Meats of Wittenburg, Wisconsin. The Wisconsin Meat Industry Hall of Fame recognizes Robert D. Nueske for the leadership and vision that led to Nueske’s success during his years as president of the company.

The company was founded by Robert C. Nueske, known as “R.C.” to his friends, in 1933. The Nueske family was already making applewood smoked meats for their own use based on recipes their ancestors brought to the United States when they immigrated in 1887. In the heart of the Great Depression, R.C. decided to build a business of sharing their smoked meats with his northern Wisconsin neighbors. Using the back of the family car as a delivery truck, he traveled northern Wisconsin selling his products. Word of the excellent quality and unique flavor of R.C.’s applewood smoked specialties quickly spread throughout Wisconsin and neighboring states and his applewood smoked meats were soon being requested by customers and resorts throughout northern Wisconsin. R.C. had himself a business.

Robert D. Nueske was born in 1947. He became president of Nueske’s Applewood Smoked Meats in 1975, after R.C.’s death. Bob and his brother, Jim, had been involved in the business since their youth and they, along with their wives, Darlene and Marcia, decided to continue and to grow the company. R.C. had taught his sons the skills of selecting meats with the right combination of leanness, secrets of blending spices and of curing, and how to get applewood embers glowing just right for smoking and to keep them that way. Under Bob’s leadership in management, product and brand development, and expansion of the product line coupled with Jim’s leadership in sales and marketing, the company grew and prospered. Beginning with about 15 employees in 1975, the company now employs more than 150 individuals. An expansion in 2006 doubled the size of the production facility. Jim Nueske passed away in 2009.

The distinguishing feature of Nueske’s Applewood Smoked Meats is the use of applewood logs in their smoking process, during which their meats spend a minimum of 24 hours in the family’s smokehouses, lending each product the sweet, rich smoke that has become Nueske’s signature. Applewood smoked bacon is the best known product, but the company also has an extensive line of hams, specialty smoked pork items, smoked poultry products, specialty beef products, and smoked sausages. Their products are distributed for food service, retail and wholesale to all 50 of the United States. There is also a large mail order business with delivery available in all 50 U.S. states.

The high quality and unique flavor of Nueske’s products are recognized by top chefs and restaurateurs. Their products are featured in countless outstanding restaurants throughout the United States. Their products, particularly the Applewood Smoked Sliced Bacon, have received accolades and awards from the Specialty Foods Association, (formerly the National Association for the Specialty Food Trade), American Culinary Institute, and National Meat Association. Nueske’s has received more Specialty Foods Association “sofi” gold medals in a shorter period of time than any other specialty meat manufacturer. The Applewood Smoked Sliced Bacon was honored by the American Culinary Institute as the finest such product in America and received the Institute’s Award of Excellence for nine consecutive years. The National Meat Association awarded the gold to Nueske’s for their Applewood Smoked Bacon Cheddar Bratwurst at the organization’s annual Sausagefest. Nueske’s products have been featured in Saveur and Cuisine magazines and in the New York Times.

As Nueske’s grew its operations, there have been opportunities to relocate to larger communities. But the company has remained in the small western Shawano County community of Wittenburg, Wisconsin. Bob was heavily involved in Wittenburg community programs such as the Walls of Wittenburg, a program that uses murals to encourage tourism to the small town and promotes fine arts, the Take a Step Back in Time festival to showcase old-time values and activities, the General George S. Patton Scholarship given annually to a student entering any branch of the military or a community service or public safety career, and the Brian LaViolette Foundation that awards scholarships to deserving students who are dedicated to improving their communities and the lives of those around them.

Robert D. Nueske passed away on January 12, 2015. His daughter, Tanya, part of the third generation of the Nueske family, serves as Executive Vice President and National Sales Manager.