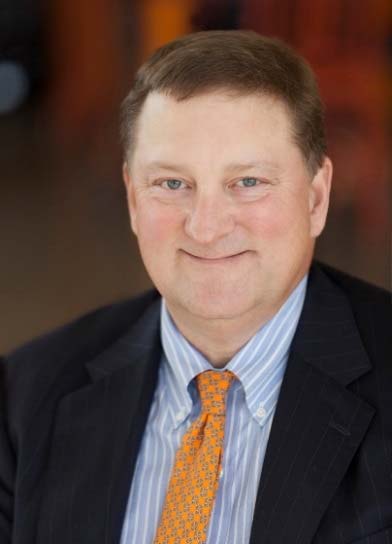 Philip H. Jones is the Chairman, President and CEO of Jones Dairy Farm, and is the great, great grandson of the company’s founder, Milo C. Jones. Based in Fort Atkinson, Wisconsin, the company best known for quality breakfast meats has remained family-owned and operated since 1889. More than 128 years later, Jones Dairy Farm is a global supplier of all natural sausage, dry-aged bacon and naturally-smoked ham products, remaining true to tradition, still using original family recipes.

Philip is most passionate about two things: family and great food. Philip always anticipated becoming part of the family business, but as early as the 5th grade, he had a love for cooking. This passion ultimately led him to Paris, where he trained to become a chef at La Varenne, a well-respected culinary school founded by noted author, Anne Willan. Following graduation, Philip returned to the United States, working for more than 10 years as a professional chef.

In 1991, Philip joined Jones Dairy Farm as the operations manager of Ralph & Paul Adams, a subsidiary plant located in Delaware. Throughout the 1990’s, Philip took on increasing positions of responsibility which gave him experience in many facets of the business. On September 1, 2001, Philip became President and CEO, taking over for his father, Edward C. Jones, Jr. Philip is also the President of the company’s three subsidiary businesses that include Ralph & Paul Adams, Habbersett, and Sunshine Burger & Specialty Foods.

Philip has made it his mission to carry on the Jones family legacy of doing things the right way, steeped in tradition and honesty, just like founder Milo would have wanted. This includes the use of simple ingredients and original recipes. Philip is a visionary who has effectively positioned Jones Dairy Farm for the future.

Philip has made courageous yet pragmatic decisions allowing the company to more than double in size since taking over leadership of the family business. His vision resulted in significant, much-needed changes such as moving away from direct-store-delivery distribution, automating production to drive operational efficiencies, and improving Jones’ competitiveness in the marketplace. Philip was instrumental in expanding production capacity to serve a growing and global customer base, shuttering a 100-year-old plant and converting it to a culinary center, creative studio and retail market featuring Jones products and Wisconsin-made specialty goods. This complex, which is a tangible tribute to Jones family traditions and history of the company, wouldn’t exist without Philip’s vision and passion for both family and great food.

Philip’s leadership success has been is unyielding commitment to world-class food and workplace safety. Philip’s guidance has allowed Jones to become the first red meat plant to be NSF Certified, and maintain an SQF Level 3 certification. Jones, with an A2LA accredited lab, is an industry leader in pathogen on-site testing programs with the USDA.

Beyond leading the Jones business, Philip believes in the importance of education, extending the Jones family experience to young people attending culinary school, thus providing life-changing opportunities for future chefs through scholarships and internships. He also contributes directly to the future of the meat industry with his active participation in teaching events and his thoughtful leadership in the University of Wisconsin-Madison’s meat science program, laying the foundation of future careers in meat that span business and academia.

“To deliver natural, authentic, high-quality products that you and your family can feel good about. It’s a promise we’ve delivered on since 1889. It’s a promise we make, from our family to yours.” That’s the legacy of Philip Jones, as he is proudly inducted into the Wisconsin Meat Industry Hall of Fame.