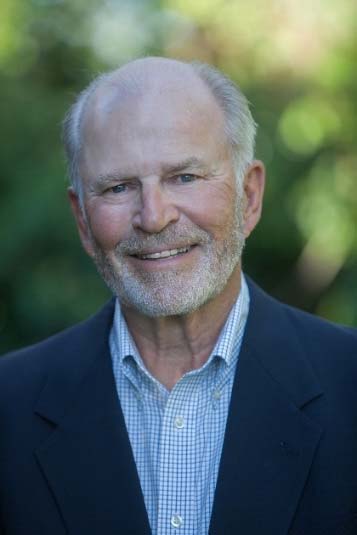 Phil Hinderaker stepped into the role of president at Alkar in 1985. At the time, the company was a relatively small one-off smokehouse manufacturer in little Lodi, Wisconsin, with $7 million in annual sales. When Phil retired in 2005, he had grown the business to $58 million/yr. Along the way, he transformed the company from a sheet-metal bender to a valued technology supplier.

Phil led the expansion of technologies that Alkar supplied the meat industry, including several pioneering innovations that helped processors improve food safety, quality, and productivity. For smokehouses, new electronic controls were developed. Phil licensed designs for serpentine continuous chillers, and directed the re-design into cook/chill systems. The J-con continuous hotdog system that directly linked hotdogs onto the conveyor chain was introduced in 1998, and quickly became the industry’s primary system for producing skinless sausages. Alkar developed the Cyclone continuous belt oven to create a unique offering for the impingement oven market. Phil and his staff worked closely with the AMI Sanitary Design Committee, and Alkar equipment was re-designed to comply with the new AMI standards. Phil also negotiated the acquisition of RapidPak, an Appleton-based packaging machine manufacturer that was the first to build packaging machines to Dairy 3A sanitary standards.

From the outset, Phil could see that Alkar needed a test facility and larger manufacturing facilities to enable technology development and customer support. Phil directed the modernization and expansion of Alkar’s manufacturing shop from 25,000 to 80,000 sq ft. He also directed the building of a new headquarters facility that included an industry-leading thermal processing technical center.

Phil made sure that Alkar helped advance the industry’s knowledge of cooking and chilling processes. He formed a technical services group to augment the existing field services group for customer support, and its staff members were frequent speakers at industry short-courses and scientific meetings. Phil relentlessly pushed the concept of customer-oriented sales and support, and he welcomed the opportunity to develop equipment for new ideas that customers brought in. This customer-orientation was recognized in 1995 when Alkar received the AMI Supplier of the Year award and again in 2004. Under Phil’s direction, Alkar’s business was expanded into international markets. Alkar began to show equipment at the IFFA trade show in Frankfurt, and established itself as a reliable international supplier to the industry — so much so that in 1994, Alkar was awarded the Wisconsin Governor’s Exporter Achievement Award.

Phil didn’t start out as a meat guy. He was trained in business at the University of Wisconsin (and is still a dedicated Badger fan), and before joining Alkar, Phil worked in finance at Alkar’s parent, DEC International, in Madison. At Alkar, Phil immediately immersed himself in the industry to learn the companies and the people. Phil was all about relationships, serving on the AMI board for two terms and participating in the Meat Industry Supplier’s Association.

Alkar’s business frequently tested Phil’s business and leadership skills. Phil liked to say that the shop is a monster that we have to keep feeding. But manufacturing custom-built capital equipment is a lumpy business — orders come in bunches with gaps in between, creating a perpetual cycle of feast or famine. To make matters worse, for oven manufacturers, parts sales are almost insignificant, so there aren’t streams of parts orders to help bridge the gaps. Then, throw a big warranty problem into one of the gaps, and well, it can be a test of will and skill. But Phil weathered the storms with his calm, professional approach, and despite these challenges, managed to maintain profitability — never losing money in his 20 years at the helm. Phil oversaw several acquisitions during his tenure — acquiring RapidPak as a subsidiary, and acquiring KSI’s thermal processing division and Vectors. In 2002, Alkar’s parent, DEC International, ran into financial troubles, and, in the biggest test of Phil’s leadership, he led a management buyout of Alkar, RapidPak, and Sani-Matic. Four years later, the Alkar and RapidPak divisions were sold to Middleby Corporation, and Phil took that opportunity to retire. He remains active in the industry as a board member of Sani-Matic in Madison and Koch UltraSource in Kansas City.

During all of this time, Phil’s chief counselor, confidant, and favorite golf partner has been his wife, Ginger. Their two sons, Matt and Ryan, were in charge of keeping him grounded — mention their names and you will see Phil’s face light up with pride.

Phil Hinderaker took a small equipment company in Lodi, Wisconsin, and through hard work, vision, and leadership, transformed it into a world leader in thermal processing and packaging technologies. Phil’s induction into the Meat Industry Hall of Fame is a fitting recognition of his accomplishments and his contributions to the industry.