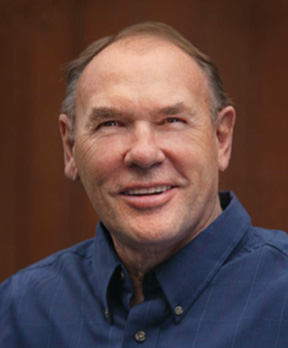 Karl Koslowski was born in Hanau Germany. The close of World War II found his family in two locations. His father and brother were in West Germany working in a coal mine. His mother and sisters (and Karl) had been evacuated to Poland during the war, and chose to go to East Germany when the war ended, rather than staying in Poland. Life in Germany was very difficult during that time where food rations were a part of normal life. People would line up outside the butcher shop just to get the water the sausages were cooked in, to use to make soup. One day when Karl was 15, the butcher asked him what he wanted to do when he grew up. After some quick thinking Karl said “A butcher just like you.” At hearing this, the butcher cut off a large chunk of sausage and gave it to Karl to take home to his family. This continued every week after that and the butcher offered Karl an apprenticeship in his shop. On Christmas 1953 Karl escaped to West Berlin. He could speak Russian, Polish and German which allowed him to talk with (and past) many guards.

Once in West Germany he found a job in a local butcher shop. Shortly thereafter, Karl joined his father and brother in Hanau working in the coal mines. But with the mine conditions being bad, and the paycheck small, he left the mines for a three-year apprenticeship in a butcher shop. When he completed that he prepared to immigrate to Australia. However, by this time one of his sisters had immigrated to Milwaukee, and she wanted Karl to stop there on his way to way to Australia. Karl liked what he saw in Milwaukee, and decided to stay and look for a job. He got a job in a local butcher shop and soon Karl wanted to have his own butcher shop. Three years later he had the chance to lease the meat department of a medium-sized grocery store in Menomonee Falls, and he has been there ever since, purchasing the entire store in 1985. Today “Karl’s Country Market” remains a medium-sized grocery store, but with a very specialized meat department. Not only does the market have a service case with all the popular fresh meats, it also includes over 100 varieties of ethnic processed meat products.

Under Karl’s skillful sausage tutelage, making a variety of European style sausages, he has received many accolades for his products with 79 state awards at the Wisconsin Association of Meat Processor’s cured meat championships since 1985, including a best of show for summer sausage, as well as 12 awards at the Wisconsin State Fair. At a national and international level, Karl has received 51 national awards at the American Association of Meat Processor’s Cured Meat Championships and 17 international awards at the IFFA in Frankfurt, Germany where over 150 countries commonly compete.

Through the years Karl has been active in his community as a member of the Rotary and Chamber of Commerce. Karl served several years on the board of directors of the Wisconsin Association of Meat Processors as well as Vice President. He has also been a strong supporter of the Wisconsin 4-H Foundation, the Menomonee Falls Little League, and the Children’s Hospital of Wisconsin. Over his career, he has served as an instructor for numerous workshops and has always been willing to share his passion and knowledge with others.

In addition to their son Paul who now runs the business, Karl and Ingrid have 3 other children (Richard, Casey and Karen) and several grandchildren.

Because of Karl’s unique life journey bringing him from Europe to Wisconsin to live the “American dream”, he has clearly defined himself as a great entrepreneur, “sausage man”, and meat industry friend in which the Wisconsin meat industry has without-a-doubt been the greater beneficiary of. Because of these reasons and many others, Karl is clearly most deserving to be included in the Wisconsin Meat Industry Hall of Fame.