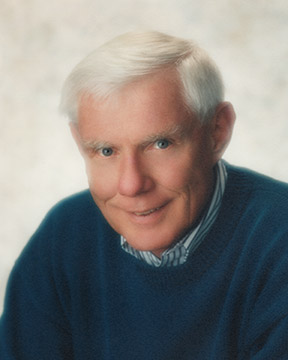 John Cerveny was born in Racine, Wisconsin on June 23, 1933. After graduation from high school he served his country in the Korean War and then entered the University of Wisconsin-Madison where he received a Bachelor of Science degree in Microbiology. In 1958 he joined Oscar Mayer & Co. in Madison as a Research and Development microbiologist where he spent his entire professional career, retiring in 1996.

He joined Oscar Mayer at an exciting time, especially for a microbiologist. In the late 1950’s the company had just developed a process whereby processed meat was packaged in an oxygen impermeable film (Saran™), which greatly increased the shelf life of the product, However, microbiologists needed to confirm that the vacuum packaged product was safe if it was temperature abused. John was one of them.

Also in the 1950’s progressive manufacturers of fermented sausages were learning from the dairy industry that high concentrations of pure lactic acid producing organisms enabled the rapid and consistent fermentation of specialty sausages such as Hard Salami. John led an Oscar Mayer/University of Wisconsin program to isolate Oscar Mayer’s proprietary E-8 fermented sausage starter culture from the meat environment. Commercial meat starter cultures were not developed nor widely available until several years later.

Because of his quiet and modest nature and because of corporate confidentially requirements, little is known outside of Oscar Mayer of John’s efforts in protecting the processed meat industry from potential major food safety problems. His role in objectively proving that sodium nitrite prevented the growth and toxin production by Clostridium. botulinum in processed meats was a key element in preserving this ingredient in American processed meats. The use of sodium nitrite was seriously threatened in the 1970’s. He is co-author of a paper with other Oscar Mayer and University of Wisconsin scientists on “Effect of Sodium Nitrite and Sodium Nitrate on Botulinal Toxin and Nitrosamine Formation in Wieners”, in 1973. He also published a paper in 1974 with University of Wisconsin microbiologists entitled “Effect of Sodium Ascorbate and Sodium Nitrite on Toxin Formation of C. botulinum in Wieners”, which proved that nitrite is essential for processed meat safety.

John discovered the previously unknown presence of Listeria monocytogenes in raw, fermented and dried sausages after learning of the 1985 Jalisco raw milk cheese tragedy (52 deaths) in California. He immediately initiated a program at Oscar Mayer to thermally inactivate the organism in raw meat sausages without changing their flavor or texture. This was all done rapidly and efficiently so that there was no concern to the consumer. In the process, John created the first USDA recognized laboratory in the meat industry for the detection of L. monocytogenes. Following that John was a key participant in the research that led to the development and patenting (1989 & 1991) of sodium lactate as a method to control spoilage and C. botulinum in uncured processed meat products. Sodium lactate is now used in most U.S. processed meats.

As technology advanced, John and his team, pioneered instrumental detection of meat product spoilage bacteria and, in 1983, perfected the procedures to enable product to be tested before it is released for sale.

Because of his continuing interest in processed meat microbiology and safety as well as his engaging, friendly personality, John developed a network of friends among the world’s leading food microbiologists that enabled him to spot developing issues before they became a crisis and then quietly do something about it. He assisted in the 1981 American Meat Institute (AMI) position paper on the “Microbiological criteria of fresh and cured meats”. He also served on an AMI Microbiological Committee to address the potential problem of L. monocytogenes in the meat and poultry industry. Subsequently, he advised the development of validation studies’ protocol for inactivation of Escherichia coli O157:H7 in fermented sausage for the National Livestock and Meat Board. He served as a mentor to many developing scientists and shared his expertise as guest lecturer for University of Wisconsin courses and workshops on food microbiology, rapid microbial methods, HACCP, and sanitation.

John married Miriam McKee in 1960. He has two children, John and Sarah, and is the proud grandfather of Kellan, Cate, Catalina and Cayman.

Because of his incredible knowledge and experience, John is recognized by academic and industrial microbiologists as a leader in meat and food safety. It is for these efforts that Mr. John G. Cerveny is inducted into the Wisconsin Meat Industry Hall of Fame.