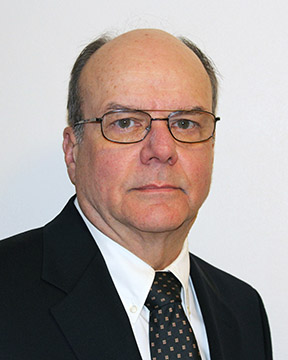 Alferi Laboratories was founded by John’s grandfather in 1921 in a railroad car in Neenah, Wisconsin. He patented one of the first complete cures, “Fool Proof Pickle”; John speculates his grandfather ruined a few sausages by using pure sodium nitrite in amounts at which nitrate was usually used. John’s father was given two career choices while growing up – become a priest or join the family business. He chose to become a priest, but after four years decided to join the family business.

John entered the Army in 1969. While serving in Germany, he volunteered to serve in Vietnam as a member of an artillery fire base. His fire base was overrun twice by the enemy; John was recommended for the Bronze Star for his Vietnam service. Participation in a Vietnam Honor Flight in July, 2014 made John finally feel welcomed home.

Alferi worked in the family business as a youth and traveled with his dad on business trips. Rewriting the Alferi Sausage Book taught him the importance of proper temperature, grinding and timing in meat processing. His dad was a good teacher. A favorite quote was “Give me someone who never made sausage; I can make a sausage-maker out of him. I don’t want someone with bad habits.” But John had no intention to work for his dad. After graduation, he worked as an accountant for Central Paper and then as Assistant Highway Commissioner for Winnebago County.
John would stop at Alferi’s after work at the highway department to do the accounting. He realized the business was failing and advised his dad to close it. His dad replied, “Join the business and I will stay with it”. John joined the business and his dad stayed; for one month.
John was on his own. He studied his grandfather’s formulas. He developed a mathematical formula for taste bud sensitivity and started developing seasonings based on this theory. He started packaging seasonings in units for an exact amount of meat so that meat processors and meat markets could produce consistent flavor even with inexperienced employees. He continued to experiment with ingredients to help improve flavor and protect meat product quality. As a result, Alferi Laboratories effectively worked with processors to give them custom blended seasonings, allowing them to sell unique products.

Alferi Laboratories moved from Neenah to Little Chute, Wisconsin in 1993 and expanded its service to Wisconsin’s meat processors. Additional sales and technical staff were hired. Alferi Laboratories continued to grow in custom blending of seasonings, but also took the lead to help processors improve ham processing. Under John’s leadership, the company installed vacuum tumblers and brine injectors in many plants and provided instruction on their use. Alferi became a leader in educating meat processors. John and his staff created several programs to educate and help processors grow their businesses. Education programs were held at the Alferi location and by participation in education programs of WAMP, AAMP and Iowa State University.

Alferi Laboratories grew and prospered from 1993 to 2001, when it was purchased by Kerry Ingredients. John joined Kerry Ingredients and worked as part of an acquisitions team. After retiring from Kerry, John tried to settle into a more relaxed schedule, but found that difficult to do. He continued to receive calls for assistance from former customers and friends in the meat processing industry. Thus, he founded The Workers, LLC to provide a more formal business format and also liability coverage. The Workers, LLC is located in the original Alferi Laboratories building in Neenah. John has come full circle from Neenah to Little Chute and back to Neenah, while continuing to help his processor friends.
John Alferi is a modest person who does not appreciate the spotlight. His life-long goal has been to help other people. He takes great pride and satisfaction in this over his personal success. Induction into the Wisconsin Meat Industry Hall of Fame is a fitting recognition of his outstanding contributions