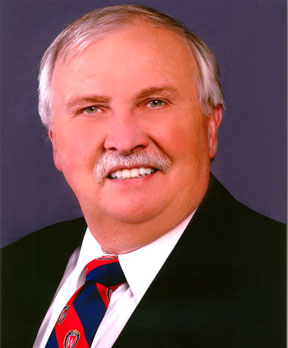 James Peterson was born in 1945 in Crawford County, Wisconsin. He attended a rural primary school and
spent his early years in the Fairview Cheese Factory owned and operated by his parents, Lawrence and
Eunice Peterson. When his parents sold the cheese factory and his father started an insurance agency,
the family moved to Richland Center, where Jim graduated from high school. His first exposure to the meat
industry was as an employee at the Richmond Center Locker owned and operated by his uncle, Herman
Chellevold. That experience kindled a deep interest in the meat industry and launched a career of
successful business development and outstanding leadership, service and educational assistance to the
Wisconsin and US meat industry.

In 1964 with financial assistance from his father, Jim purchased the Lodi Locker. During the next 25 years,
he expanded the business, modernized facilities and equipment, developed new products, adopted new
technologies, won numerous state and national awards for his outstanding and innovative meat products,
and became a highly respected and effective industry leader and advocate. Immediately after acquiring
Lodi Locker, he installed refrigeration in the slaughter facility, purchased a water stuffer and started a
sausage manufacturing operation. In 1968, he replaced the gravity smokehouse with an ALKAR
smokehouse and the sausage business expanded rapidly thereafter.

Jim Peterson developed a reputation as an outstanding sausage maker and product innovator. He
transitioned Lodi Locker from its focus on custom meat processing to a company that manufactured and
merchandised more than 96 value added meat and cheese products. Jim cites with special pride his
turkey bacon, ground and formed jerky, sectioned and formed hams, sectioned and formed smoked beef,
and particularly, his summer sausage. Lodi Locker’s meat products won more than 140 awards in state
and national competitions, including the Governor’s Cup in 1977. In addition to expanding its custom meat
processing, sausage and retail meat business, Jim started Lodi Locker’s catering business. He always
was an innovator, as exemplified by his work with a local livestock producer to develop a line of natural beef
products sold in Madison markets. This venture, begun in the 1970s, was not successful at that time
because consumers would not pay a premium for natural beef. But today, natural and organic foods are
the fastest growing part of the food industry.

Beyond his success as a meat processor and business owner, Jim Peterson is recognized even more for
sharing his successes and abilities with others. As he developed and manufactured award-winning
products, he also shared the knowledge of their preparation with other small processors so that today
most plants are making these products. He became a committed member of the Wisconsin Association of
Meat Processors, served four terms as WAMP President, and continues to serve as Government Liaison
for the Association. He was instrumental in developing the ham, bacon and processed meats contest and
auction at the Wisconsin State Fair with the proceeds going to the Wisconsin 4H Foundation.

Jim sold Lodi Locker in 1989 and accepted a position in marketing and technical service with ALKAR-
RapidPak, Inc. In that capacity, he has marketed cooking, chilling, drying and packaging equipment for
meat and cheese products to companies throughout the United States and internationally. But, his
leadership and service to the meat industry in Wisconsin and beyond did not diminish with his career
change. His position has allowed him to share widely his knowledge of meat processing and sausage
manufacture. Small meat processors throughout Wisconsin have benefited firsthand from this traveling
teacher’s experience and knowledge, as have other state and national trade groups. He has had the
opportunity to instruct about meat cooking and smoking at university- and industry-sponsored workshops
throughout the United States and Canada.

He is active in the American Association of Meat Processors, serving multiple terms as a director and on
several committees. AAMP honored Jim as its 4th inductee into the association’s Cured Meats Hall of
Fame in 1997 and with its highest honor, the Outstanding Service Award, in 2006.

Jim and his wife Mary, a retired teacher, have one daughter, Meagan. They are very active in the First
Lutheran Church of Lodi. Jim’s hobbies are Badger basketball, hunting, fishing, and antique fishing tackle.
In the Lodi area, he is known as “Saus King”.