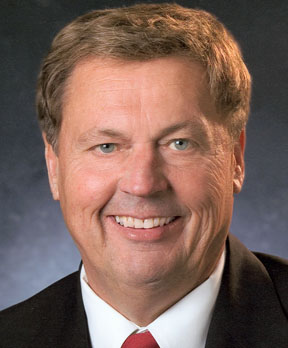 Under the leadership of John E. (Jack) Link, Chief Executive Officer of the company, Link Snacks,
Inc. has become one of the most successful and fastest growing meat snack manufacturers in the
world, out-competing brands like Slim Jim and Oberto.  Link has also distinguished himself
through a variety of contributions to his local community and the meat industry, as well as his
company’s sponsorship of many exciting sporting events throughout the nation.

In 1946, Jack Link was born in Minong, Wisconsin, a small village in the Northwest corner of the
state.  At the age of 12, he started working with his father in the family business, becoming a third
generation meat processor.  Originally founded in 1885, the family meat business was started by
Link’s great grandfather, Chris Link, a German sausage maker who brought his recipes from
Europe.  The business has evolved and prospered over the past century thanks to the Link family’s
commitment to quality, spirit of innovation and willingness to take risks.

Prior to the formation of Link Snacks, Link was vice president and part owner of Link Brothers from
1960 to 1978.  During that time, he earned a business degree from Minneapolis Business College
and a bachelor’s degree in business administration from the University of Wisconsin-Stout in
Menomonie.  Then, from 1978 to 1985, Link served as president and CEO of Link Industries.

The idea for Link Snacks came to Link during a hunting trip with his sons, when the group stopped
for snacks at a convenience store.  They bought a variety of beef jerky products and found them all
unsatisfactory; some were too tough, others were flavorless.  They knew—using their great-
grandfather’s recipes—that they could do better.

Thus, in 1985, Link Snacks, Inc. was born.  The company’s main goal was—and still is—to provide
premium quality, flavorful meat snacks to an American public hungry for healthy, tasty and
convenient snacks.  Since then, sales of Link Snacks products have risen year after year in the
United States—and around the world—making the company what it is today.

Starting with a kippered beefsteak, the company has added new meat snacks each year. The
company now makes a wide range of meat snacks that include beef jerky, steak nuggets, beef
sticks, beef and cheese “twin packs”, marinated tender cuts, and many other items.   Link Snacks
produces 10 varieties of jerky, that include a wide range of flavors of beef jerky such as Original,
Teriyaki, Jalepeno, KC Masterpiece, BBQ as well as great tasting Turkey and Buffalo Jerky.

Due to the company’s consistently solid sales performance and product quality, Link Snacks was
chosen as a WalMart “supplier of the year” in 2000, 2004 and 2005.

To keep up with product innovations and consumer demand, the company has expanded over the
years.  To increase domestic production, Link Snacks doubled their processing capacity in the main
Minong facility, and purchased Dakota Trails in South Dakota, New Glarus Foods in Wisconsin and
King B in Idaho.  A new distribution and storage facility opened in Laurens, Iowa in 2005.  The
company also has a processing plant in New Zealand that manufacture products for sale in
Australia, New Zealand and East Asia. The company currently employs around 1,500 people, of
which, approximately 700 work in Wisconsin.

In the “Feed Your Wild Side” vein, Link Snacks sponsors the Hoeschler sisters, a logrolling team
from La Cross that has won national competitions in log rolling and boom running.  Additionally,
Link Snacks has sponsored NASCAR events and drivers, as well as other local and regional
events.

Jack Link has long been active in his local community.  For the past 20 years, he has served on the
board of directors of Spooner Hospital.  He is also a member of Students for Free Enterprise and
the Northwood Educational Foundation, a non-profit organization with the goal of supporting the
Minong school system.  Link is a member of numerous trade and professional organizations, as
well as a lifetime member of the Safari Club International and the Foundation for North American
Wild Sheep.

Jack Link is married to Mary Jo.  They have two adult children, Jay and Troy.  Jay and Troy both
played critical roles in working with Jack to build the company to where it is today. Troy continues to
work at the company as President.

For his outstanding leadership and contributions to Link Snacks, Inc., the meat industry and his
community, Jack Link is highly deserving of induction into the Wisconsin Meat Industry Hall of Fame.