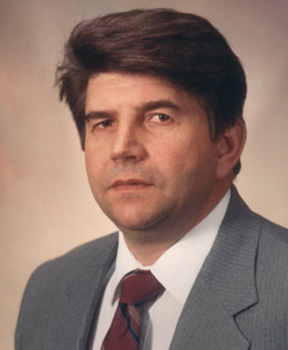 Harland Schraufnagel is an outstanding Wisconsin meat industry entrepreneur. Since founding Abbyland Foods in 1977, he has personally led its development and growth into one of Wisconsin’s largest, most successful, respected, privately-owned meat processing companies.

Harland was born in Ashland and grew up in Abbotsford, WI. He graduated from Abbotsford High School and received an agribusiness degree from North Central College in Wausau. He enlisted in the U.S. Army, attended veterinary school in Chicago and was a meat inspector during his tour of duty. He was discharged in 1966 and began his meat industry career in quality control with Wilson Company in Cedar Rapids, IA, then as beef cutting supervisor with Swift & Co. in Phoenix, AZ, then in quality control with T.A. Fields in Sydney, Australia where he coordinated compliance with USDA regulations for exported products. He returned to Wisconsin in 1972 as supervisor of operations with Packerland Packing Co. and then with Landy Packing Co., both of which are in Chippewa Falls. On nights and weekends, he designed and then built his own meat processing plant in Abbotsford.

Schraufnagel opened Abbyland Foods in October, 1977, as a beef slaughter and processing company that included a retail store, supplied sausages and fresh meats to area retail outlets, and custom processed for local farmers. By the end of 1979, the company had 12 employees and began delivery of its products across Wisconsin and into Minnesota. Abbyland Foods grew rapidly with major construction and expansions every 3 to 5 years since 1977. Currently, the company has more than 1000 employees.

In order to provide raw materials for its growing sausage and fresh meat operations, Abbyland Foods in 1988 started Abbyland Pork Pack, Inc. in Curtiss, WI. Hot boning of pork was implemented and the plant has expanded twice to accommodate production of sausage chubs directly from the hot boning line. The “Dem Bones” label was started with a smoke house room to cook pig ears for pet treats and has expanded to its own plant to cook and process beef bones for a large line of pet food treats. A plant to produce hot wrapped sausage sandwiches for food service and retail was constructed in 1989. In 1990, Abbyland Trucking was organized to deliver products throughout the Midwest and to the East Coast. This division maintains its own fleet, provides truck maintenance service for other companies and offers delivery service to other local businesses.

Under Harland’s vision and efforts, a unique facility outside of Curtiss, the Curtiss Travel Center opened in 2002. Since then, the Travel Center has grown and expanded to now include the El Norteno Restaurant, with full banquet facilities, a basketball court and volleyball and soccer facilities; Abbyland Truck Stop that provides a deli store, family restaurant, and complete facilities for professional truck drivers; Abbyland Trucking in the Abbyland Service Plaza provides truck washing and truck repair services; and most recently, the Abbyland Distribution Center. The distribution center handles shipping of all of the Abbyland products and provides transportation and delivery services for other companies.

Harland Schraufnagel’s signal accomplishment is the founding and nurture of Abbyland Foods from as small meat packer serving the Abbotsford area into a highly successful, integrated meat packing, processing and transportation company that markets products nationwide under its brand and manufactures a wide variety of sausages and cooked meat products for other companies. Harland’s meticulous attention to manufacturing high quality products and dedication to providing outstanding customer service has been the hallmark of his success. Abbyland is a major employer in the Abbotsford and Curtiss area and an important contributor to the economy and well being of the communities. The Wisconsin Meat Industry Hall of Fame is proud to induct Harland Schraufnagel into its membership.