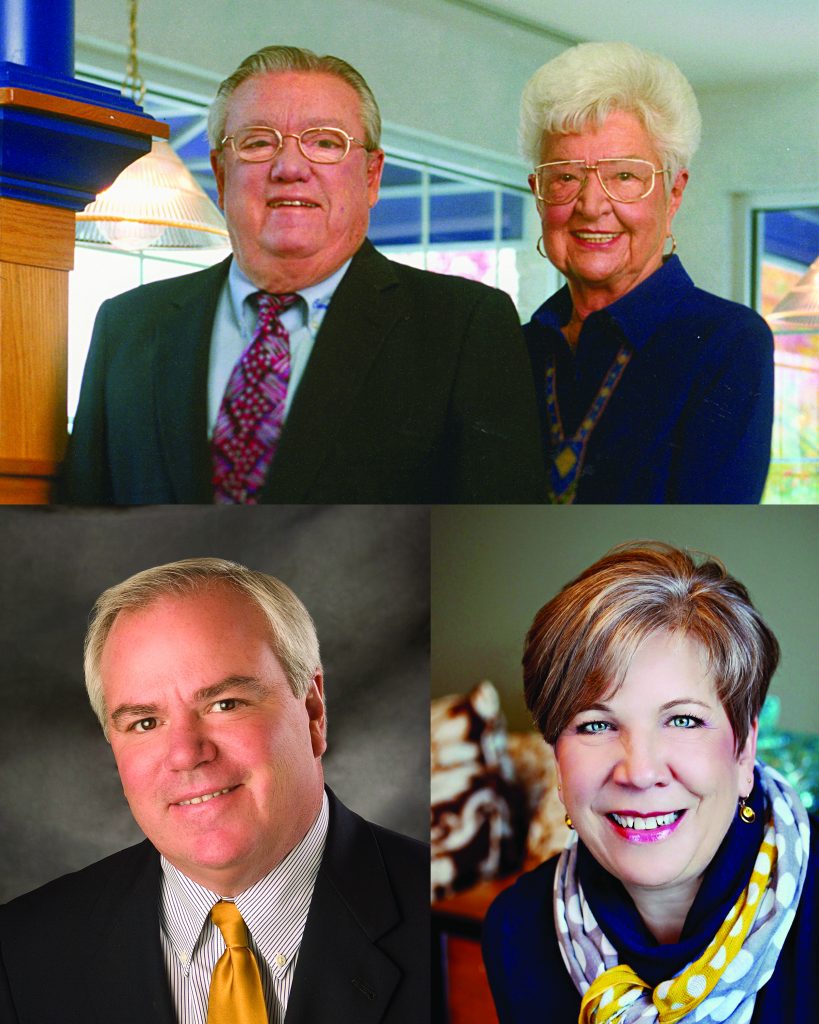 Culver’s restaurant co-founders George, Ruth, Craig, and Lea Culver built their legacy by following the credo to “do the right thing” for guests, team members, and the community.

The Culver’s story begins with Craig’s parents George and Ruth. Craig’s parents first purchased an A&W Root Beer property in Sauk City, WI in 1961 and sold it in 1968, the year Craig graduated from high school.

In 1968, his parents purchased the Farm Kitchen resort at Devil’s Lake in Baraboo, WI. Craig worked there during his college breaks and summers.

Craig graduated from the University of Wisconsin-Oshkosh in 1973, but his interest returned to the restaurant business. Over the next several years Craig worked at McDonalds and later went back to help run restaurants owned by his father and mother.

In 1984, the Culver family had a chance to purchase the same Sauk City A&W property it owned almost 20 years before. They jumped at the chance to return to their roots. On that site, the first Culver’s Frozen Custard and ButterBurger restaurant opened for business.

The first two years were challenging. Custard was not as well known in Sauk City as it was in the Milwaukee area and competition was strong. But Craig ran the restaurant remembering one of his dad’s many sayings, “Don’t mess with the quality.” Through his wisdom, guidance, coaching and teaching, the business started to thrive.

The co-founders were all hands-on. Ruth and Lea were in the front of the restaurant providing great service and hospitality. Craig worked the grill searing ButterBurgers to perfection, and George was in charge of the food preparation area. They were a great team and began to surround themselves with team members with the same dedication and values.

As with any new business there were some successes and learning opportunities along the way. Following a less than successful venture into franchising in Richland Center, WI in 1987, the rights to a Baraboo, Wisconsin restaurant were drafted and sold. The first successful franchised restaurant opened in December 1990. In the years that followed, new restaurants began opening throughout Wisconsin and then expanding beyond the state line. Today Culver’s has over 700 restaurants in 25 states.

George and Ruth are no longer with us. Ruth passed away in 2008 and George in 2011. Both Craig Culver and Lea Culver are actively involved in the business. Craig is chairman of the board of directors. He also serves as a business coach, cheerleader and mentor to all franchisees and their teams.

Lea is the executive director of the Culver’s Foundation. The Foundation provides financial support to local non-profit groups as well as Culver’s team members wishing to continue their education.

While Culver’s has seen and experienced many changes since 1984; its mission remains the same; that “Every Guest Who Chooses Culver’s Leaves Happy.”