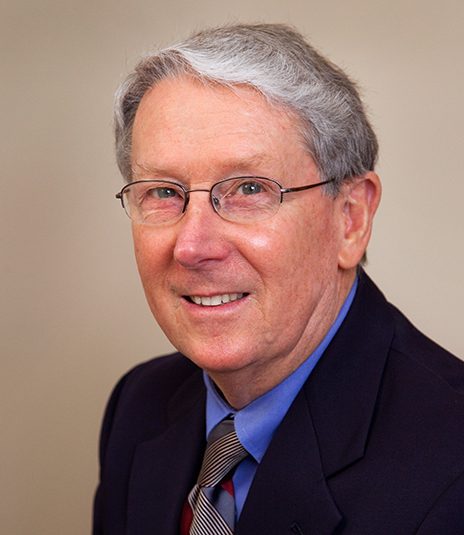 During his distinguished career, Elton D. Aberle (“Abe”) served as a professor and as Animal Sciences department head at esteemed academic institutions in the Midwest. His career culminated in his appointment as Dean of the College of Agricultural and Life Sciences (CALS) and Director of the Wisconsin Agricultural Experiment Station at the University of Wisconsin, Madison. Without question, Abe’s lifelong commitment to research and the teaching of meat science and his leadership and vision during his tenure at UW-Madison have raised the level of respect for agricultural education, research and extension in our state and in our country.

Abe was born in Sabetha, Kansas and was raised on a small multi-species livestock farm. He was the first in his family to attend college, earning a B.S. degree in Animal Husbandry from Kansas State University. He completed his M.S. and Ph.D. degrees in Food Science/Meat Science at Michigan State University. Abe met his bride, Carrie, at Michigan State and she has been a source of support and encouragement for over 50 years. They are blessed with two daughters, Krista and Barbara.

In his first academic position at Purdue University, Abe served as a teacher and research scientist in the Department of Animal Sciences. Abe’s research focused on meat quality in pork and the porcine stress syndrome, the growth of muscle and adipose tissue in food animals, postmortem muscle metabolism and several topics in fresh meat processing. He was a favorite of his students with lively, creative and interactive instruction. He taught undergraduate courses in Live Animal and Carcass Evaluation, Food Chemistry, Animal Growth and Development and a Muscle Protein seminar for graduate students. Abe also mentored many graduate students. His former students are accomplished members of the meat industry and throughout academia. While at Purdue, Abe co-authored the textbook “Principles of Meat Science”, which is regarded as the authoritative text for introductory meat science and is now in its 5th edition.

Dr. Aberle joined the Department of Animal Science at the University of Nebraska- Lincoln as professor and head in 1983. During his tenure, he oversaw the completion of a new Animal Sciences building, recognized as one of the finest animal science teaching and research facilities in the U.S. Abe provided leadership for the hiring of many new faculty members, the redirection of the research priorities and improvements to animal research farms, maintaining Nebraska’s reputation for excellence.

In 1998, University of Wisconsin-Madison Chancellor David Ward found a highly qualified administrator, teacher and leader in Dr. Elton Aberle and Abe became Dean of the College of Agricultural and Life Sciences. Before accepting the role, Abe insisted on meeting staff and members of key agricultural organizations throughout the state. His good listening skills and his sincerity endeared him to those he served. As Dean, Abe was the guiding force for leadership, collaboration, and teamwork among 1,200 faculty and staff. During his tenure, significant advances were made in hiring women and minorities. Of the 300 faculty positions, 100 were new hires during his tenure. Abe’s efforts were integral to the success of a campus-wide cluster hiring initiative. He also initiated an aggressive facility development plan for the College, led capital campaigns and encouraged efforts that doubled the monies secured through competitive federal grants. Abe was a consistent supporter of the effort to invest in the meat industry through the construction of the new meat science facility scheduled to open in 2019.

After retiring as UW’s CALS Dean in 2005, Abe continued to be forward thinking and engaged in the development of Wisconsin’s meat industry. Abe finds time to give classroom lectures, participate in undergraduate mentorship and, most recently, served as Chair of the Wisconsin Meat Industry Hall of Fame Committee.

Throughout his career, Abe prioritized service to the meat and animal industries and to academia. He served on the American Meat Science Association (AMSA) Board of Directors, as Chairman of the Reciprocal Meat Conference and as AMSA President. He served as section editor for the Journal of Animal Science and as President of the American Society of Animal Science. Abe participated in founding the Federation of Animal Science Societies and in leadership of its successor organization, the Federation of American Societies for Food Animal Science. Abe’s commitment is recognized with many awards for excellence in teaching, counseling, research and leadership. In 2008, the AMSA honored Abe with the prestigious R.C. Pollock Award for extraordinary and lasting contributions to the meat industry.

Abe’s ability to build respectful, trusted, and collaborative relationships among the CALS staff, Wisconsin state government officials, and Wisconsin’s state agricultural groups was influential in gaining support for investments in academic programs in CALS. Through these relationships, Abe laid the foundation for significant collaborative new investments in meat science staff and facility infrastructure from public and private supporters. Our future in the Wisconsin meat industry is bright because of Elton D. Aberle.