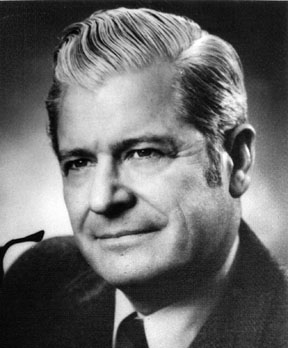 The meat industry has long benefited from food microbiologist Edwin M. “Mike” Foster’s work.
Results from his early studies on vacuum-packaging and plastic films allowed meat processors
to extend the shelf life of refrigerated ready-to-eat meat products from two weeks to eight weeks.
Foster was an authority on the role of sodium nitrite in meat preservation, and wrote or coauthored
many scientific publications, several of which dealt with meat products.

Under Foster’s leadership, the Food Research Institute (FRI) at the University of Chicago was
moved to the University of Wisconsin. It grew from a small microbiological research group into
a world leader in food safety and food borne disease research and service. FRI specialties
include the microbiology of food pathogens, food and cancer, food allergies, and the toxicology
of food additives and toxicants.

Foster enlisted help from many of the University of Wisconsin’s departments for FRI projects,
establishing a multi disciplinary approach to problem-solving that remains a hallmark of the FRI
today. Currently FRI is designated as the Department of Food Microbiology & Toxicology in
the College of Agricultural & Life Sciences.

Foster has been active in professional and scientific societies throughout his career. He served as
secretary and president of the American Society for Microbiology, and is a Charter Fellow of the
American Academy of Microbiology and the Institute of Food Technologists. He has served on
food-safety advisory committees to the National Academy of Sciences/National Research
Council, the U.S. Food and Drug Administration, the U.S. Department of Agriculture, and the
World Health Organization. Much of his work on these committees dealt with food
microbiology and safety, botulism hazards, meat and poultry inspection, and regulatory
programs.

Foster was born on January 1, 1917 at Alba, TX. He came to the University of Wisconsin-
Madison and earned a doctorate in bacteriology in 1940. He married Winona Lively of
Corsicana, Texas in 1941, and they are the parents of Michael Stewart Foster. He joined the
faculty of the University in 1945, and retired in 1987.