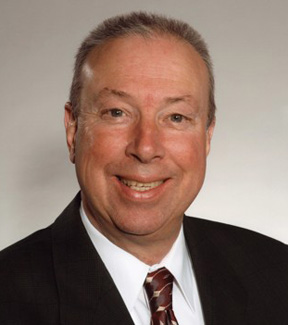 When Dennis’ grandfather, Frank Vignieri, borrowed $35 from his grandmother’s cookie jar to start a meat packing company in 1936, he couldn’t have imagined what that investment would turn into.  Dennis’ father, and 1999 Hall of Fame inductee, Charles Vignieri, successfully grew the company while never losing sight of the traditions and family values on which it was founded.  Over 70 years later and still a family owned company, Dennis is proud to continue upholding the values and standards that have been the cornerstone of Kenosha Beef International/Birchwood Foods for the past seven decades.

Born in January 1952 to Charles and Lorraine Vignieri, Dennis is one of 7 brothers and 2 sisters.  Embarking on his chosen career right after high school, Dennis has served with the company for over 30 years, has been a member of the Board of Directors since 1984 and currently is President and CEO.  He involves himself in his community as a board member of the Kenosha Area Business Alliance and as an advisory board member for the Kenosha M&I Bank group.  He supports his industry by serving as Vice-Chairman on the Executive Committee for the American Meat Institute. He is also the PAC Co-Chairman for AMI and actively involved in their fundraising efforts.  As important as all of this service is to him, two of his most important positions are that of father to his three children: Susan, Michael and Daniel and grandfather to his three grandchildren.

Dennis has accomplished much in his career.  Under his visionary leadership, Birchwood Foods has expanded its capabilities from producing conventional frozen patties to also producing an array of value-added products including fresh and fully cooked patties, fresh and frozen chubs and gourmet patties with inclusions.  Other products are fully cooked beef, pork and poultry products including pizza crumbles, taco meat, pot roast, meatloaf, Salisbury steak, and sausage patties – to name a few.  Dennis has a well rounded knowledge of what it takes to create successful and quality driven products.  This is reflected in Birchwood’s state-of-the-art Culinary Café; a research and development facility blending culinary skills, food science and process engineering to help customers develop proprietary products that will build their businesses.

In the last five years, Birchwood has increased sales by 50% to over $600 million annually.  They operate plants in Kenosha, WI; Atlanta, GA; Columbus, OH; and Frankfort, IN and have a reputation for being the ‘ground beef experts’ and industry leaders in testing raw materials for E-coli. Combined, Birchwood has 750 employees and produces 8 million pounds of product each week for many customers including Wendy’s, Taco Bell, Dairy Queen and A&W.  According to Dennis, “Birchwood Foods’ ongoing success is a result of focusing everything we do around product safety and quality, consumer preferences and placing high importance on customer satisfaction.  We do everything we can for our customers because we cannot be successful without them.”

He also sets the tone for the company’s employee safety efforts.  He actively supports the AMI Human Resource and Safety Conference by attending each year with Birchwood’s HR and Safety Managers.  All of the company’s locations have been recognized by AMI for their excellent safety records.

In addition to championing his employees, Dennis takes great pride in supporting and empowering the communities surrounding each of Birchwood’s locations. His family values are demonstrated by supporting organizations including:  WI Chamber of Commerce, Women and Children’s Horizons, The Spanish Center, The Shalom Center, Salvation Army, United Way, Every Child’s Place, Boys & Girls Club, Boy Scouts, the Governor’s Blue Ribbon Auction and donations of ground beef to many local food pantries.  For many years, Birchwood has been a major buyer for the Youth Livestock Auctions at the Wisconsin State Fair and Kenosha County Fair.  For 6 years, they have been a major sponsor for the Wisconsin 4H Foundation charity golf outing.

The evidence is undeniable.  Dennis’ dedication to family, community, his company and the meat industry as a whole have truly earned him his place in the WI Meat Industry Hall of Fame.