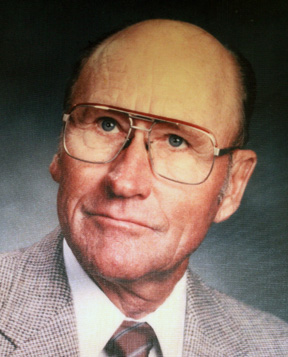 Clifford M. Hollenbeck was a genuine inventor. He conceived and brought to commercial use
two major ideas, both of which are used widely in the industry today. He discovered the use of
vitamin C as an adjunct to meat curing and invented a process for manufacture of liquid smoke
products.

He was born in Burton, Nebraska on September 6, 1916, and died January 29, 1993. He earned
a B.S. in chemistry from Nebraska Teachers College and M.S. and Ph.D. degrees in chemistry
and biochemistry from the University of Nebraska in 1939 and 1942, respectively. He was
employed by Campbell Taggert, Skelly Oil Co., Merck and Co. Inc., Wisconsin Malting Co., and he
founded Red Arrow Products Co. of Manitowoc, Wisconsin.

After completing his formal education, Dr. Hollenbeck worked in the petroleum industry where
he was instrumental in increasing the octane rating of aircraft fuel. He then spent a very
important ten-year-period with Merck and Co., Inc., during which time he was responsible for
development of the use of ascorbic acid (vitamin C) in the curing of processed meat.
The use of ascorbic acid or similar compounds radically shortened the curing process in meat
products. His research and subsequent patent showed how the conditions created by the addition
of ascorbate were ideal for nitrite to react with meat pigments. This discovery revolutionized the
processed meat industry by making possible, for the first time in the history of sausage making,
the “continuous process”, allowing meat to cure in minutes rather than days. The presence of
residual ascorbates in meat products provides color stability if the product is exposed to light.
More recently, it was demonstrated that the process also gives strong protective action against
the formation of nitrosamines. The process is used today on a world-wide basis in the majority
of processed meats.

He subsequently became Vice President for Research for Wisconsin Malting Corporation. He
was responsible for the development of a barley malt flour for use in supplementing wheat flour.
While in Manitowoc he developed the process for the manufacture of natural smoke flavorings
and founded Red Arrow Products Company. This Wisconsin company is the world’s largest
producer and marketer of liquid smoke products. His 1963 invention described the capture, in
water, of all of the components of smoke that are needed to provide smoke flavor, flavor
stability, color and bacteriostatic characteristics to meat products without undesirable
carcinogens and environmental pollution. Liquid smoke products are now used on 75% of the
wieners and frankfurters produced in this country, and is distributed by most major spice
companies.

The use of ascorbates has allowed meat processors of Wisconsin, large and small, to reduce the
labor and refrigerated storage space involved in their process by eliminating the multiple
handling steps involved in “putting down” the product to cure for one to several days. The
invention allowed the development of the world’s first continuous process for manufacturing
wieners to be constructed in Madison, Wisconsin. The invention also enabled other Wisconsin
corporations to become world leaders in the fabrication of continuous process sausage
manufacturing systems. The Red Arrow Company has had a profound influence on the
Wisconsin industry in that liquid smoke products now allow the processed meat processing
companies to produce high quality products, free of the compounds found in natural smoke that
have been shown to produce cancer in laboratory animals. Additionally, because Wisconsin
meat processors do not have to generate natural smoke, they are not exhausting pollutants into
the environment.

He held 12 patents and authored or co-authored over 20 scientific papers on his research work.
In 1981 he was named a Fellow of the Institute of Food Technologists, and was cited “for major
contributions in cured meat processing, especially the development of using ascorbic acid for
improved curing and color preservation of meats and development of smoke flavoring”. He is
survived by his wife Jane, one daughter, two sons, seven grandchildren, and five greatgranddaughters.

The world is a better place today because of his inventions. He was in every sense of the phrase
“A True Scientist”, and a marvelous human being.