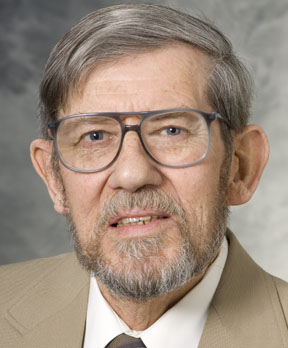 Bruce Marsh was born in Petone, New Zealand in 1926. After attending public schools in Petone and
Lower Hutt, he graduated with a Bachelor of Science degree in chemistry from Victoria College, University
of New Zealand at Wellington, in 1946 and a Master of Science degree with honors in 1947. He joined the
Fats Research Laboratory in Wellington, but soon thereafter moved to the Low Temperature Research
Station in Cambridge, England where he pursued the PhD degree under the direction of Dr. Kenneth
Bailey.

He studied the biochemistry and bacteriology of whale muscle, and how it could be better transformed into
human food, while on a whaling ship in the Antarctic. One of his observations that he pursued after return
to Cambridge resulted in the discovery (in collaboration with his colleague J. R. Bendall) of the “Relaxing
Factor”. This component, which occurs in the muscles of all mammalian species, is now known as the
sarcoplasmic reticulum. It controls the muscle’s state of contraction and relaxation in life, the onset of rigor
mortis in death, and the potent toughening processes of thaw rigor and cold shortening in the early-
postmortem period. This carefully planned, accurately observed and completely documented research first
established Bruce as an international meat scientist of distinction.

After receiving the Ph.D. degree in biochemistry from the University of Cambridge in 1951, he returned to
the New Zealand Meat Industry Research Institute, studying rigor mortis, thaw rigor, and cold shortening
and their influence on tenderness in lamb and beef. Because of the introduction of faster and earlier-
postmortem cooling, New Zealand lamb acquired an excessive toughness that greatly influenced the
profitability of New Zealand’s export lamb industry. His studies of early-postmortem carcass electrical
stimulation, initiated in New Zealand and continued later in Wisconsin, led to the widespread introduction
of this process to both beef and lamb throughout the international meat industry.

In 1969 Bruce served as the keynote speaker at the second symposium “Biochemistry of Muscle as a
Food” at the University of Wisconsin-Madison, and stayed temporarily as a visiting scientist. In 1971 he
permanently returned to Wisconsin as the Director of the Meat Science and Muscle Biology Laboratory at
the University of Wisconsin-Madison, where he spent the remainder of his professional career studying,
writing and teaching about the biochemical and eating-quality properties of muscle during its
transformation to meat, and how these properties can be modified by appropriate early-postmortem
treatment.

These scientific contributions were of an unquestionably high standard, and have served as significant
bench marks of thoroughness and importance to our knowledge of the use of muscle as food. Bruce’s
research has clearly demonstrated an expertise as well as an extended effort over time in meat science
and muscle biology, establishing him as one of the premier international meat scientists of the twentieth
century. His research has directly provided knowledge of the fundamental characteristics of muscle and
how muscle is transformed into meat, resulting in the direct improvement of meat quality as produced in
Wisconsin and throughout the world.

Bruce Marsh has contributed significantly to the educational programs at the University of Wisconsin. In
addition to providing lectures to several undergraduate and graduate courses, he has served as advisor to
a number of highly successful graduate students. As a result of his presence, many Wisconsin
undergraduates, graduate students, post doctorate fellows, and visiting scientists at the University of
Wisconsin as well as many other academic and industry personnel throughout the nation and
internationally, have greatly profited from his knowledge, research accomplishments, teaching and
counsel.

During his retirement, Bruce continues to provide annual lectures to University of Wisconsin Meat Science
classes. He is the recipient of numerous awards internationally and has been twice honored by the
American Meat Science Association. He has become extremely interested in computer based genealogy
and has traced his lineage to previously uncharted lengths. He resides in Madison, Wisconsin with his
wife Doris, and they are the parents of two sons, Richard and David (both now residing in California, and
both graduates of the University of Wisconsin), and grandparents of Sam, an undergraduate student in
biology at the University of California, San Diego.

Bruce March has been a pillar of international meat science. His record of accomplishment is exemplary.
Through his efforts, the meat industry has been extremely well served. For this we recognize him today.