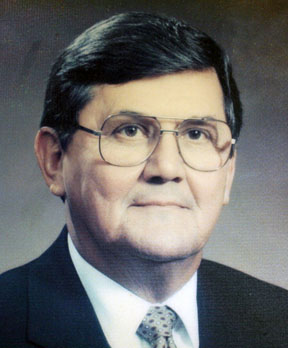 Art Chermak grew up working after school in his father Emil’s butcher shop in Manitowoc,
helping to make and deliver Cher-Make sausage products. After serving in World War II,
Chermak joined the family business, expanding the operation and opening a new Cher-Make
Sausage Company plant at its present location on Calumet Avenue.

Following his father’s death in 1954, Chermak took over management of the plant. In 1968
Cher-Make was approved as a USDA-certified processing facility, which allowed the company
to sell its products outside of Wisconsin. This allowed Cher-Make to begin working with some
of the largest mail-order food companies in the country. The company enjoys a reputation
throughout its supplier network for testing and fine-tuning equipment at its facility, along with
providing a safe and modern workplace for its employees.

Chermak has served on the boards of the National Independent Meat Packers Association and
the American Meat Institute. Working with other Wisconsin sausage-makers through the
Lakeshore Sausage Manufacturers Association, Chermak was instrumental in establishing the
current USDA regulations for semi-dry sausage. These regulations allow unrefrigerated summer
sausage to be merchandised and sold. The revised rules have allowed many gourmet gift packer
s and sausage processors to expand their markets by selling outside of traditional distribution
channels — through mail order, mall kiosks, fund-raising organizations and mass merchandisers.

Chermak served on the board of directors of the Green Bay Packers for 15 years, and was a
founder and board member of the Manitowoc County Bank, now operated by Firstar Bank. He
has been involved in a number of civic fund-raising efforts in Manitowoc, including drives for
the Wisconsin Maritime Museum, Capital Civic Centre, and Silver Lake College.

Cher-Make has been the official hot dog at Lambeau Field for more than a decade, and the
company has received numerous Seal of Excellence awards at the Wisconsin State Fair for its
products. The Cher-Make Sausage Company remains under family ownership, with Art
Chermak serving as chief executive officer and his son and nephews managing the company.
Cher-Make today employs about 100 people.