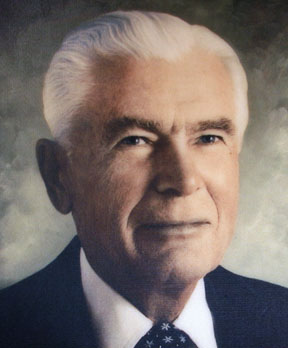 Anton J. (Tony) Weiler, a self-made and self-educated Wisconsinite, turned his lifelong interest in fixing
and building better machinery, and his respect for people, into a business that today ranks among the
world’ s leading manufacturers of meat-processing equipment.

Born on a farm in Marathon County near Athens, Wis. in 1906, Weiler became interested in fixing and
improving farm equipment as a child, and studied engineering informally for the rest of his life.

Weiler’s drive to build better machines led him to establish Weiler and Company, a small general
machinery repair shop in Palmyra, Wis. in 1939.

“In the beginning, he repaired farm equipment, but because of his initiative, insights and
aggressiveness, he took advantage of opportunities to make processing equipment for fur ranches and
for the meat industry,” says Bob Kauffman, an emeritus professor and meat quality researcher in the
Department of Animal Sciences at the University of Wisconsin-Madison.

Wisconsin’s growing fur-ranching industry spurred a demand for grinders and other equipment needed
to process animal byproducts into mink feed. Weiler opened a branch plant in Whitewater, Wis. in 1957
to help satisfy the ranchers’ needs.

Within a short time, Weiler and Company began making processing equipment for the U.S. meat
industry, installing its first bone grinder in an Armour & Co. rendering plant in 1961. Not long after, the
USDA approved Weiler grinders for processing edible meats and other food products.

Weiler moved his entire company to Whitewater and oversaw its expansion until his death in December
1994.

Today, more than 60 years after its founding, Weiler and Co. serves the needs of meat processors in
Wisconsin, the United States, and several other countries, including Australia, Argentina, Canada, New
Zealand, Japan and the United Kingdom. The company earns nearly half of its $12 million sales
through international markets. Oscar Mayer, McDonald’s, Wendy’s, Burger King, Jones Dairy Farm,
Doskocil, and Hardee’s are just some of the company’s regular customers.

Weiler remained active in all the company activities until his death in 1994. He had very little formal
education, but a brilliant mind for mechanical design. His company continues to provide scholarships
to students seeking vocational/technical education.

“As a direct result of Tony Weiler’s ability and interest in manufacturing strong, effective and durable
products, many meat companies and meat distributors in Wisconsin have grown to rely on obtaining
products from the Weiler Company,” says Kauffman. “Furthermore, it is clear from the beginning that he
respected people and their needs.”

Weiler was married to Amelia Przybysz in 1941, and they had four children, Janet, Robert, Mary and Rita.